New winery appointment at Delheim heads for internship in California 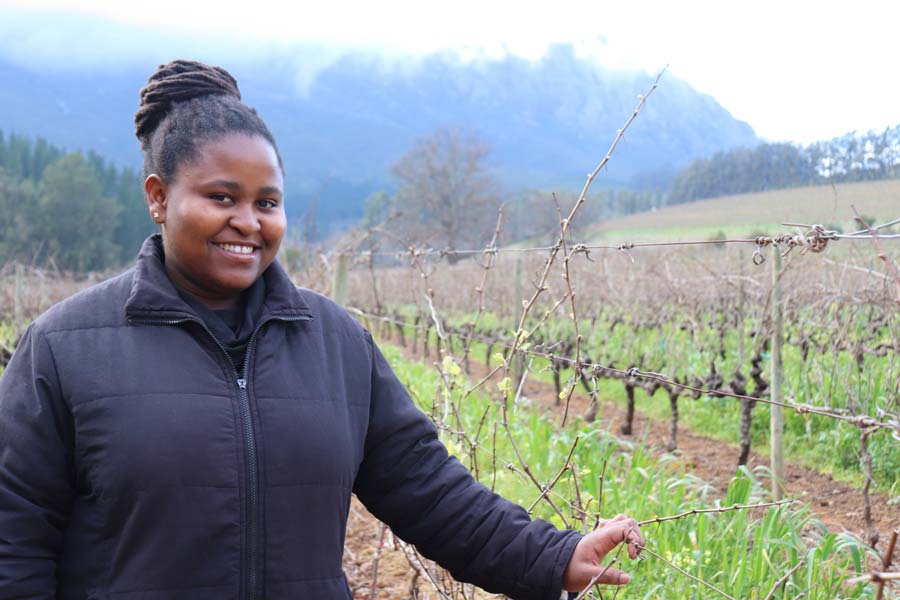 Delheim wine estate has appointed a new, young and dynamic assistant winemaker to complete its award-winning team under Roelof Lotriet. The 26-year-old Nongcebo “Noni” Langa will commence her tenure upon completion of an internship in California that was facilitated by Delheim.

She joined the winery earlier this year as an intern and was formally appointed ahead of her trip to the US – her first overseas. A graduate of the University of Stellenbosch, Nongcebo graduated with an MSc in Oenology in December last year. Having spotted her talent, Delheim spurred her after the opportunity to learn in one of the world’s foremost wine regions. She’ll be spending time at the family-owned Dry Creek Vineyard.

“We’re very excited about Nongcebo becoming part of the team,” says Victor Sperling of Delheim. “We see social development and upliftment as an extension of our holistic approach to winemaking. Empowering all our staff and helping them improve their skill sets has always been a priority close to our hearts.”

Among the wine people who’ve shared the Delheim journey include renowned winemaker Ntsiki Biyela who says she first fell in love with occupation during her part-time job at the estate.

In Nongcebo’s case, she had no background in wine growing up in Pietermaritzburg as the eldest of five children. Her interest was piqued however when she attended a high school presentation by the Department of Agriculture, which mentioned winemaking as a profession.

But fast forward a few years later and she was part of a groundbreaking project on global warming and wildfires lead by Dr. Marianne McKay at the University of Stellenbosch (2017 & 2018). This led to her thesis covering the ‘Amelioration of Smoke Taint’ on wines by using commercially available and legally permissible products and exploring their efficiency at different dosage levels.

“The climate changes experienced in many parts of the world have led to an increase in incidences of wildfires and it has been predicted that these events will become more prevalent over time. All fires release volatile compounds into the atmosphere and if they occur near vineyards where grapes are ripening, smoke taint may be detected in wines made from these grapes,” explains Nongcebo. In 2016 Delheim lost 95% of their pine forest and many vines on the farm during the devastating Simonsberg fire. 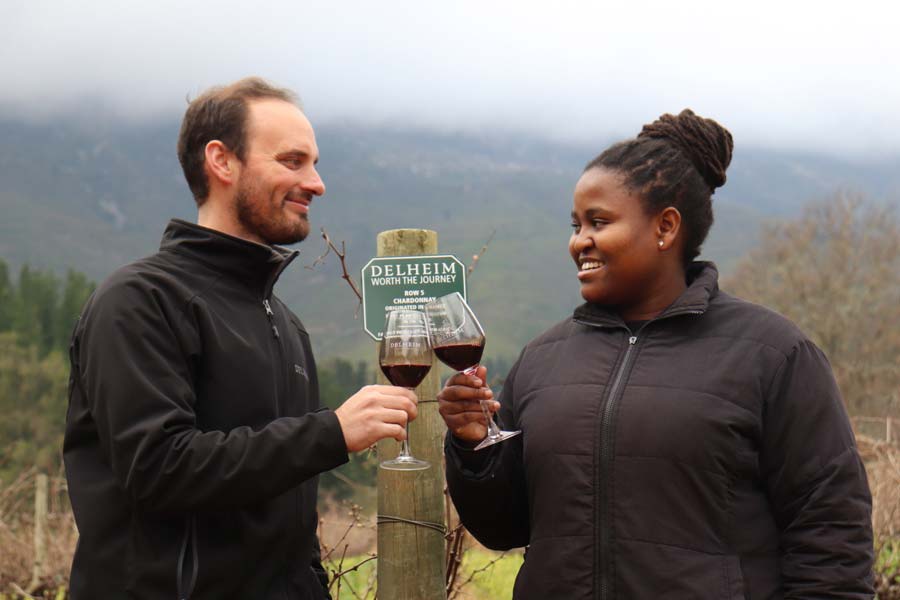 In her new position, Nongcebo is assistant winemaker to Lotriet, along with Nelson Buthelezi.

Eager to learn in the US, Noni says that in addition to experiencing a different culture she hopes to return home with greater insight into the global world of wine. “I’ll be looking out for the latest innovations too,” she says.

Her outlook is a perfect fit for Delheim’s pioneering spirit. Under Vera’s late husband, Spatz Sperling, the family-run wine farm became a microcosm of Spatz’s visionary work in the greater Stellenbosch community and the Cape Winelands as a whole. In the days when there were few privately owned farms, Spatz, Sydney Back of Backsberg and Frans Malan of Simonsig were instrumental in transforming wine estate legislation. Together with Frans Malan of Simonsig and Neil Joubert of Spier, Spatz was a founder member of the Stellenbosch Wine Route.

Today, that vision continues under a new generation that builds on the estate’s renown for quality, award-winning wines.

For more information, visit www.delheim.com or contact Delheim on info@delheim.com or 021 888 4600. Also find Delheim on Facebook, Twitter @Delheim and Instagram @delheimwines.
Delheim Estate is in the Simonsberg sub-region of the Stellenbosch Wine Routes, on the Knorhoek Road, off the R44.