Launch of the new Grand Reserve 2013 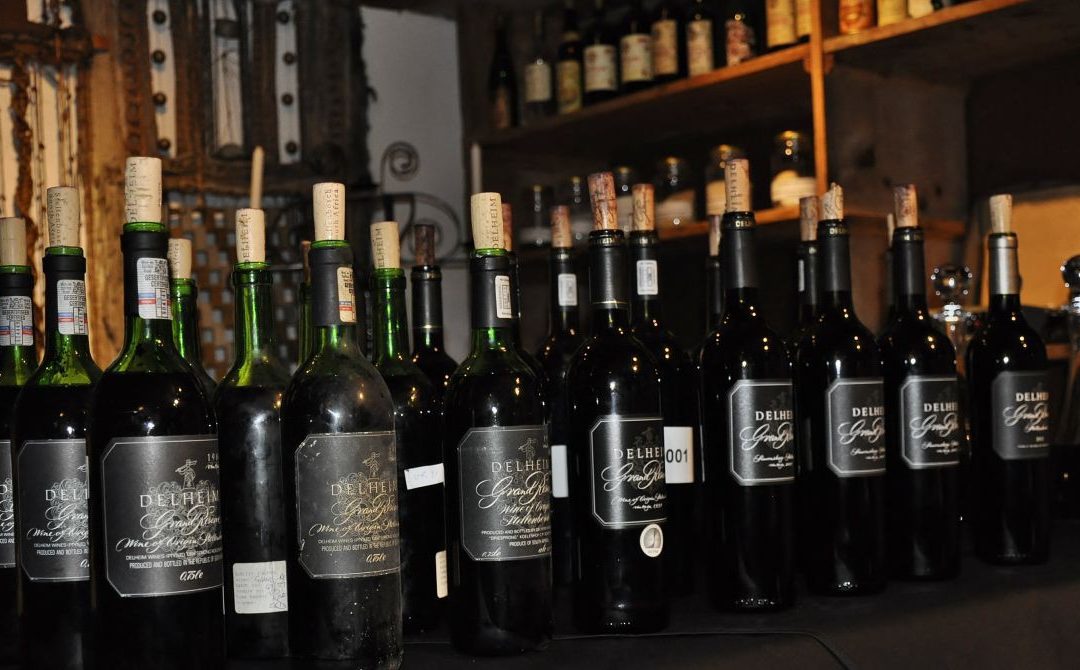 On Monday 26 October 2015 an esteemed group of media and trade guests attended what was essentially a very important, a very exciting and a very long overdue date in the history of our business – the launch of the new Grand Reserve 2013!

The function, held on our beautiful farm, took on the format of a guided vertical tasting presented by cellarmaster Reg Holder and viticulturist Etienne Terblanche. The tasting was followed by a scrumptious 3-course lunch, prepared by renowned chef Craig Cormack.

The Grand Reserve is a wine that is not stereotyped, or made to a recipe. It should not be seen as a varietal nor a blend, but as the Grand Reserve – Delheim’s flagship red wine with its own identity. It was conceived some 34 years ago, in 1981, as one of South Africa’s first Bordeaux-styled wines. Being in the market for more than 3 decades now, one could argue that it is reaching, or has reached, icon status. Whichever way you look at it, the fact remains that it could only have survived all these years if the quality stood up to the competition.

Many wines come and many wines go, but very few actually gain veneration over time. There is no doubt in our minds that the Grand Reserve falls into the latter category, and we firmly believe that, after a 4 vintage hiatus, the new 2013 is rising out of the ashes to once more compete with SA’s other super reds. The Grand Reserve is available at our cellardoor for R285/bottle, and at specialist wineshops across the country.