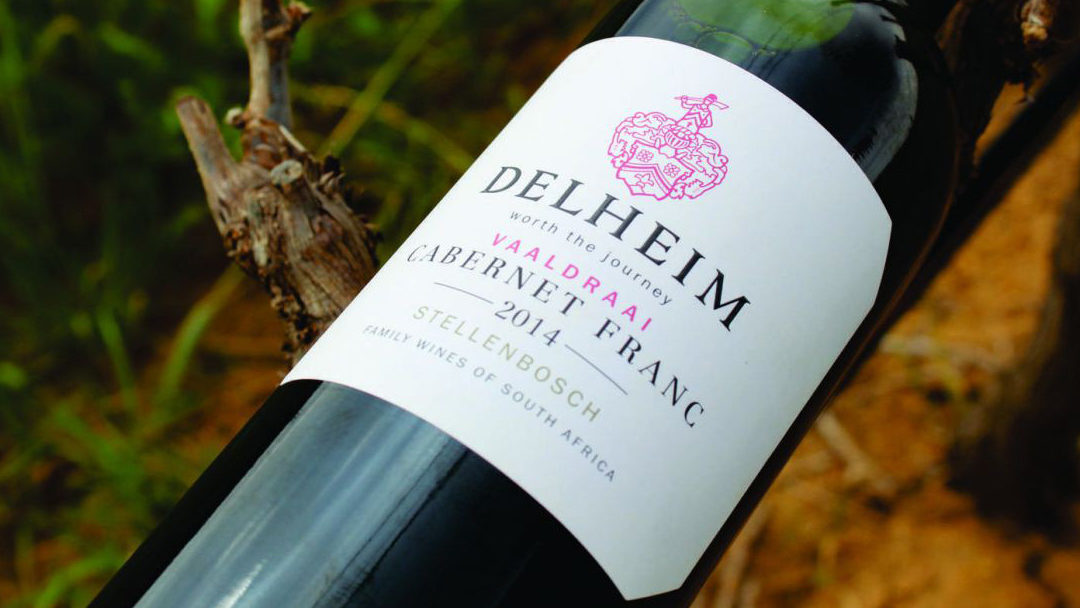 Only a limited amount of Vaaldraai Cabernet Franc 2014 is available

Exceptional quality of fruit during the 2014 harvest has led Delheim wine estate to launch its first single variety Cabernet Franc wine. The Vaaldraai Cabernet Franc 2014 is a limited release named after the vineyard that gave it life, and is first available exclusively to members of the Delheim Wine Club.

Situated in the prominent ward of Simonsberg within the Stellenbosch region, Delheim is famous as the home of some of the area’s best vineyards with the Sperling family responsible for producing some of its most outstanding wines. Most recently, its Delheim Grand Reserve 2014 scored 94/100 in the 2017 South Africa Special Report by internationally acclaimed wine critic Tim Atkin, British Master of Wine (MW).

The Vaaldraai Cabernet Franc 2014 is a perfect example in this tradition of excellence and is the first of three new wines that Delheim’s owners have decided to give members of the club first dibs on.

The club is open to new members who will discover the truth in Delheim’s promise of being “Worth The Journey”. Members receive in addition to rare wine releases, a sign-up gift of wine; free delivery within SA; reward vouchers; complimentary tastings; an annual membership anniversary gift; and, preferential booking for events such as the Delheim Harvest Festival and popular Jazz and Cheese Fondue experiences.

The rare Delheim Vaaldraai Cabernet Franc 2014 emerges at a most opportune time. As a truly exceptional wine, it’s ideal as a special gift or ingredient to a memorable dinner during the coming festive season.

“The 2014 harvest of Cabernet Franc, which arrived at the end of a very wet season, was magnificent,” says winemaker Altus Treurnicht. “We usually deploy it for blends including our flagship Grand Reserve. It was so good however, that we decided to bottle it as a wine all by itself.”

Dark in colour with a red rim, the wine exudes flavours and aromas reminiscent of blackberries and dark chocolate with notes of tobacco and juicy cherries. “The palate is well structured with fine oak integration and a long finish,” says Altus. “Velvet-soft tannins linger on the palate.

“Stored properly, this wine will continue to mature for a decade.”

The Vaaldraai Cabernet Franc 2014 sells for R200 per bottle to Delheim Wine Club members only. If you purchase a case of six bottles, you receive a rebate of 20% to be used on your next Delheim wine order.

For more information about the Delheim Wine Club, visit https://www.delheim.com/wine-club.