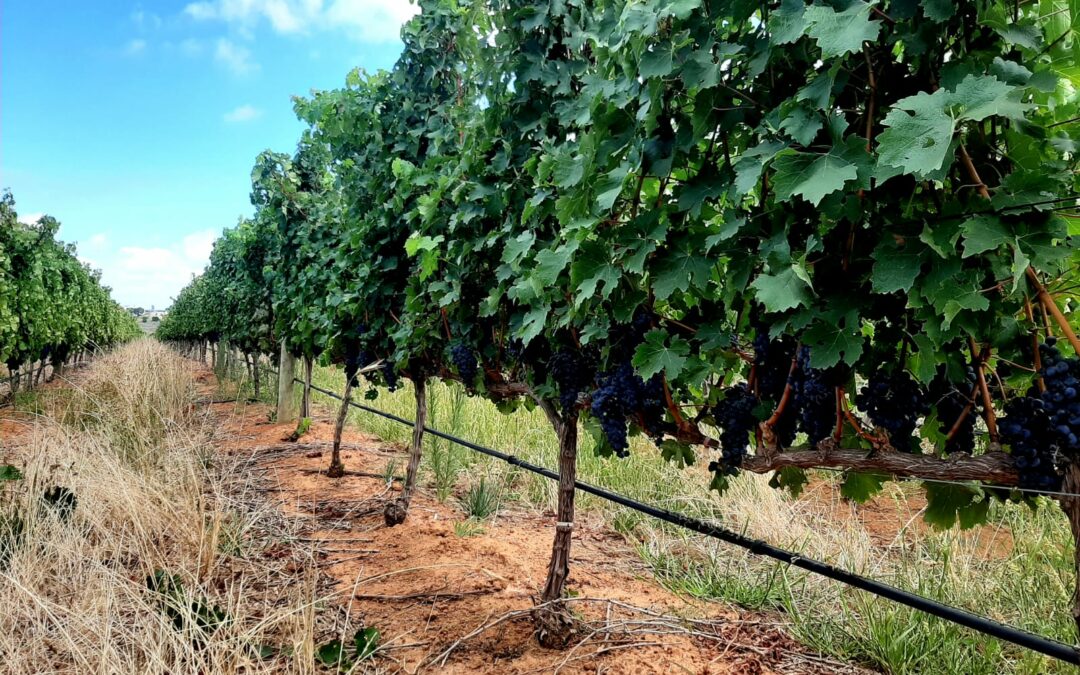 Cabernet Sauvignon is today an internationally recognised showpiece of the South African wine industry, with the Simonsberg region of Stellenbosch largely regarded as not only producing the country’s leading wines from this great Bordeaux grape, but also being one of the variety’s ancestral homes.

The call for the cultivation of Cabernet Sauvignon to make world class South African wines came in 1926. The legendary Cape viticulturist Abraham Izak Perold wrote in his seminal work Handboek oor Wynbou that Cabernet Sauvignon had the potential to produce exceptional Bordeaux style wines in South Africa if planted in the right regions. Besides small parcels of Cabernet Sauvignon growing in Constantia at the time, the South African vineyard was dominated by white grape varieties offering high-yielding vineyards for the making of bulk wine as well as wine for distillation.

Perold specifically identified Stellenbosch as an area suited to Cabernet Sauvignon. And as founder of the Stellenbosch University’s Department of Viticulture and Oenology, Perold’s influence in the industry lead to the region’s wine farmers – slowly but surely – committing to the planting of Cabernet Sauvignon, predominantly beginning in the 1930s.

When Spatz Sperling joined Hoheisen in 1951, Cabernet Sauvignon was one of the dominant varieties on the farm. And throughout Spatz’s winemaking life, Cabernet would feature prominently in the Delheim Estate wine offering. The oldest bottle of Delheim Estate Cabernet Sauvignon found on the farm carries the 1958 vintage, further proof that the estate is one of the oldest producers of bottled Cabernet in the country, preceding the advent of South Africa’s estate wine sector in 1972 with the introduction of the Wine of Origin scheme.

Like his wine farming neighbours on the Simonsberg, Spatz knew that Delheim Estate was suited to growing Cabernet Sauvignon grapes and making wine, as the variety simply showed – as it does today – that Simonsberg’s geography matches the requirements of the cultivar for showing classic, refined wines with a unique finger-print of site expression due to the Simonsberg terroir.

Simonsberg mountain forms part of the Cape Fold Belt that began in the late Paleozoic age over 500 million years ago in the south-western corner of South Africa.

At its peak, Simonsberg today stands at 1 399m, the bare rock faces leading down to the soil line which is initially covered by indigenous fynbos until the first vineyards are found. They grow in special soils. Due to the origins of Simonsberg and other mountain ranges in the area, the Cape can lay claim to having some of the oldest vineyard soils in the world.

Delheim Estate’s vineyards are rooted in soils that originated during the Pliocene Epoch some 2,5 million years ago and are predominantly made-up of weathered granites broken down by the ravages of time. The major soils are Oakleaf and Tukulu, closely related spreads of earth made-up of ancient granites that had decomposed during the warm, wet Pliocene Epoch.

These granite soils and Delheim Estate’s south-facing slopes rising to above 300m are exposed to a raw Mediterranean climate of dry, warm summers and wet winters. And it is this unique terroir that has seen Delheim and its fellow Simonsberg estates being recognised as the Cape’s blue-blooded region for Cabernet Sauvignon.

Delheim Estate’s cellarmaster Roelof Lotriet, who has also made Cabernet Sauvignon on the Helderberg – Stellenbosch’s other great region for Cabernet lying to the South of the Simonsberg – says that there are a number of unique features typifying the wines made from the Simonsberg.

“Simonsberg is closer to the air-flow from the north-west and its north-facing Cabernet slopes does not give the vineyards as much direct afternoon sun as the south-west facing Helderberg,” says Lotriet. “Delheim Estate’s Cabernet reaches phenolic ripeness at lower sugar-levels, and I think this is what gives our wines a distinct Old World profile, where complexity overrides fruit-forwardness. Tannins are broader, providing for wines of great length as well as ensuring that our Cabernet Sauvignons age with grace and finesse.”

Today Delheim Estate has 14ha of Cabernet Sauvignon, with the variety gaining pride of place in the estate’s offering. The vinification process places an emphasis on skin-contact, the 18-day fermentation on skins with pump-overs and rack-and-returns being essential to draw colour, tannin and depth from the skins to ensure these elements are integrated with the black-purple young wine once it is sent to oak barrels for aging.

“Cabernet Sauvignon is a noble wine with pedigree, that is why it is the world’s most planted variety from which some of the greatest red wines on earth have been made, and are continued to be made,” says Roelof. “The quality of fruit on Delheim Estate and Simonsberg Cabernet in general requires decent barrel-aging. We have found that a combination of 45% new wood complemented with maturation in older barrels – all 300 litres – makes for the perfect combination. Currently the wine is kept in wood for 14 months, a lengthy period allowing for the right combination between complexity and power and the all-important presence of grace and refinement.”

As a member of the Stellenbosch Cabernet Collective, a body committed to promoting and communicating the provenance, diversity and overall quality of the region’s wines made from this classic variety, Delheim Estate embraces the opportunity to focus on a variety that forms one of the estate’s foundations.

Being the most well-known grape variety in the world, Cabernet Sauvignon needs no introduction to international and South African wine-lovers. To be seen as a producer of quality wine from this variety, one which combines expressing a unique sense of place with being a pioneering role-player in the fortunes of Stellenbosch Cabernet Sauvignon, is a position accorded on only a few. Of which Delheim Estate is proud to be one.

The handpicked grapes were fermented in upright fermenters with the aid of selected yeast strains. Temperature was maintained at 25-28°C. A combination of pump-overs and rack-and-returns were used during fermentation. The wine spent an average of 18 days on the skins. Matured for 14 months in 300L French oak barrels, of which 45% were new.