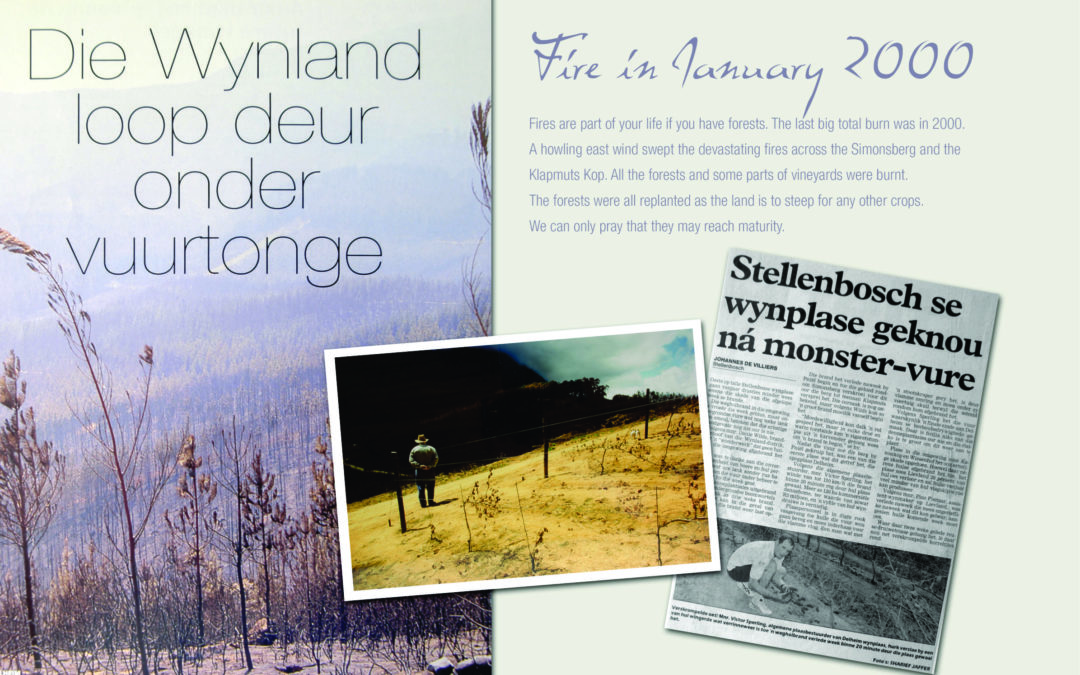 Delheim is not unique in having had its fair share of trials and tribulations. As can be expected of any wine estate with an 80-year-old history, there have been tumultuous events together with the reward and satisfaction of living and working on this piece of farmland in harmony with nature.

Every generation will experience this, it is part and parcel of wine-farming. However, the current crisis involving the Corona-virus will go down in history as one of the most testing and most trying times. Not only for a wine-farm such as Delheim. Not only for South Africa. But for the world.

At the time of writing, the wine industry is buckling. No wine may be transported along any road. Lockdown regulations do not permit the selling of wine anywhere. Exports are on hold. And of course – most important for Delheim – while all steps are taken to maintain safety regulations, concern at the threat of the farm’s people contracting this virus remains paramount, requiring non-stop vigilance.

One cannot but wonder how Spatz Sperling would have reacted at this time. Although even for a man of his experience and wisdom, the calamity of the current situation and the sheer unpredictability might even, just, have left him searching for words.

Spatz was no stranger to adversity. It was, after all, the devastation of World War II that caused him to leave Europe and come to live on Delheim in 1951. And accounts of the first few decades are sprinkled with titbits of the trials and tribulations a young fledgling farmer encounters. No knowing any of the local languages. Fitting into society as a foreigner. The constant financial challenges he faced together with Hans and Del Hoheisen as they kept the farm afloat while increasing the vineyards and the cellar capacity.

On the more practical side of adversity, young Spatz had a few spectacular accidents as a beginner-winemaker. In 1966 he was inspecting the contents of a full-tank when it collapsed beneath him, leading to the spillage and waste of a few thousand litres of wine (Pinotage) and a degree of physical discomfort upon the cellarmaster’s youthful frame. The following year, 1967, Spatz’s was again perched on a tank, a cement one this time filled with fermenting grapes and juice. Unexpectedly, he was overcome by the carbon dioxide from the open fermenter causing him to crash down to the floor, three metres below. Fortunately Spatz only sustained a broken wrist.

A lighter example of how adversity can be overcome and be used to an advantage involved a dodgy wine and an opinionated visitor to Delheim in 1961. Spatz had been experimenting with semi-sweet wine and invited a group of Sunday afternoon guests for a wine-tasting from his tanks. Hilla Geleynse, one of the guests who had up until then been lying next to the swimming pool partaking in the hospitality involving Sunday lunch, took one look at the glass Spatz tapped from a tank. It had an unfiltered, browning hue to it. Devoid of any inhibition, Hilla pronounced the wine as “dreck”! 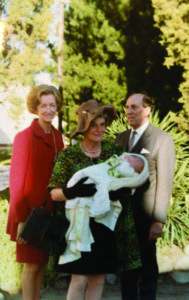 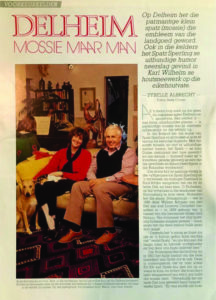 The winemaker could have asked for no better inspiration. The process of making this wine was refined, and when time came to bottle and label it, the name chosen was Spatzendreck. Until today, this is one of South Africa’s best-known wine brands, which also proved it is no slouch in the quality department by receiving recognition as a wine of Superior Status in 1985.

Nature rules in winemaking, so the challenges thrown by earth and climate are expected. In 1969, for instance, the rotting disease known as downy-mildew clamped-down on the Cape winelands. Delheim was only able to stop large-scale damage to its ripening grapes with the implementation of rigorous spraying of non-harmful preventatives.

Crises of a more apocalyptic kind came along in the form of the ravaging wild-fires with which the Cape Winelands are so familiar. Once started, the flames feed on the dry fynbos, fanned by the south-easterly wind that blows throughout the Cape during the summer months. Records of fires on Delheim date back to as early as 1953. The other infamous fire years were 1980, 2000 and 2016.

The fire of 1980 decimated one-third of the 120-hectare pine forest, which Spatz, a life-long lover of trees, had established on the higher Simonsberg slopes above Delheim. Once the smoke had settled, he replanted the forest. Until the fire of January 2000 burned 100 % of the forest, as well as several hectares of prime Delheim vineyard on the Simonsberg as well as at the Vera Cruz vineyards in the vicinity of Klapmuts.

The damage of the latter fire was particularly devastating, not only to Delheim but to the Stellenbosch winelands in general. However, it also showed that the resoluteness of the wine community could lead to good coming from the bad.

Shortly after the fire of 2000, Delheim and a few of the local wine-farmers in the Klapmuts vicinity, all affected by the fires, initiated the Klapmutskop Conservancy; alien clearing the koppie and protecting the newly discovered 300 Year old Yellowwood forest on the Klapmutskop. This organisation was formally founded in 2004, a body committed to restoring and conserving the region’s magical fauna and flora as an integral and harmonious part of the members’ viticulture endeavours.

This in turn led to the establishing of the Non Profit public benefit organisation The Greater Simonsberg Conservancy with some 30 members farming on 4 800ha of land of which 1 500ha is designated for conservation. The body is today one of the leaders of South Africa’s Wine and Biodiversity Initiative, conserving rare endemic natural species of fauna and flora alongside the Simonsberg’s legacy of fine winemaking. This approach to conservation has become one of the unique features of the South African wine landscape, more so in today’s tremendous need for sustainable wine production. For the local communities and for society at large, this conservation ethos is a reminder that the natural environment has to be nurtured and cherished – not only for the current generations but for those to come.  Delheim is a Biodiversity and Wine Initiative Champion.

Although Spatz is no longer here to voice an opinion on the current crisis, some relevance to this can be found in his memoir. Following the 2000 fire he wrote: “If love and conviction are strong enough, you can successfully defy and redefine your environment, though for sure, it will bring suffering. But walk high, actively participate in your short existence on earth and you will leave a mark, irrespective of the ill winds you encounter.”

Inspirational words worth pondering over in these days of uncertainty. But with the knowledge that hope springs eternal.

Written by Emile Joubert for Delheim